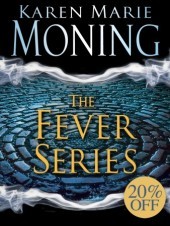 I loved this series!! This series would have to be my all time favourite! It follows MacKayla Lane through her journey to Ireland where she discovers she is a sidhe-seer and the shocking realization that Fae walk among us. She meets Jericho and Vlane who are the polar opposites of each other and is intrigued and somewhat infatuated with both. It is an action packed fantasy fiction series with just the right amount of romance and danger.

In my opinion, this series seems to be aimed at an audience in their mid-late twenties and that is one of the things I really enjoyed about it, as sometimes it can be hard to relate to a 16 year old heroine!

When her sister is murdered, Mac journeys to Ireland in search of answers. There, she makes a startling discovery: She’s a sidhe-seer, which gives her the rare power to glimpse beyond the realm of Man, and into the dangerous realm of the Fae. As the boundary between the worlds begins to crumble, Mac becomes a target. But her mission is clear: Find the Sinsar Dubh, an ancient book that contains the key to controlling mortals and Fae alike, before the enemy seizes it.

In her fight to stay alive, Mac must hunt the Sinsar Dubh—a book of the blackest magic imaginable. Pursued by assassins and surrounded by mysterious figures she knows she cannot trust, Mac finds herself torn between two powerful men: V’lane, the ancient, immortal Fae Prince, and Jericho Barrons, a man as seductive as he is dangerous.

When Mac receives a page torn from her sister’s journal, she is stunned by its desperate contents. Now that Mac knows her sister’s killer is close, she’s on the hunt for revenge. Forced into a precarious alliance with V’lane, the lethal Fae prince, and Jericho Barrons, a man of deadly secrets, Mac is soon locked in a battle for her body, mind, and soul.

When the walls between Man and Fae come crashing down, Mac is caught in a lethal trap. Captured by the Fae Lord Master, she is left with no memory of who or what she is: the only sidhe-seer alive who can track the Sinsar Dubh. Clawing her way back from oblivion is only the first step Mac must take down a perilous path, from the battle-filled streets of Dublin into the realm of the Fae, where nothing is as it seems.

In an epic battle between humans and Fae, the Sinsar Dubh turns on Mac, and begins to mow a deadly path through those she loves. Who can she trust? But more important, who is Mac? Does an ancient prophecy reveal her destiny? Mac’s journey will force her to face the truth, and to make a choice that will either save the world . . . or destroy it.

This is a journey like no other. This series merges the mystical world of faeries with the human world, although humans are not aware of it.

The story is written from Mac’s perspective and Mac is remarkable. Her transformation from the ‘pink juicy girl’ to a ‘black and red badass’ is a intense journey that I felt a part of every step of the way. I loved watching Mac learn about the supernatural world and discover who she is and what she’s capable of!

Barrons is the best alpha male I have come across in a series yet!  He really is the biggest badass of all. Barrons is gorgeous, mysterious, possessive and bossy, yet he let Mac think for herself and come to her own decisions.

I felt like every character was well-developed and each had their own part of the story and I absolutely loved that everything and everyone ties together eventually and relates back to certain actions and events, it made the story enthralling and complex.

I honestly could not get enough of this series!  I had such a book hangover after completing this series that I had to take two weeks off reading! 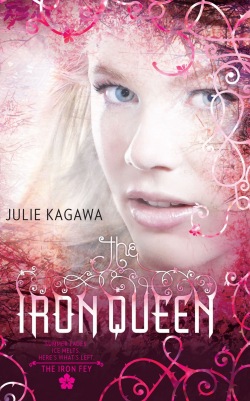 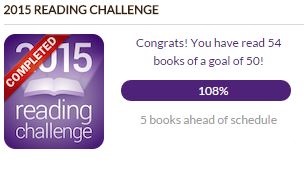